Have you wondered why U.S. Federal Government deems illegal and yet some states allow it for medicinal purpose? We want to share that information.

Hello and welcome to Medicinal Cannabis,

Understanding medicinal cannabis facts or marijuana and how is it beneficial to our health. Why have we not

known about this before? What evidence is there? These are some of the questions that I had when I first started looking into the subject of medicinal cannabis.

There is more misinformation than facts about cannabis. Medicinal Cannabis website is providing the content herein for educational purposes. We do not grow or manufacture any products that are represented within this website. We do not condone violating any laws pertaining to cannabis/marijuana.
It is the hope of this website to bring the facts about cannabis and the many medicinal benefits of its use. You should be able to get the information needed to make responsible choices for your own health care.

Medicinal Cannabis Facts and our health:

As a teenager and young man in the 70’s, we did not think of marijuana or pot as having any medicinal value. We only knew that we could escape the world in which we lived in for awhile. Afterward, there was no hangover or nasty side effects that came along with alcohol or drugs. Today I am in my 50’s with some medical issues and I want to find medicinal alternatives to all of the pharmaceuticals. Drugs with untold amounts of adverse side effects. My worst issue is that I suffer from severe spasticity in my legs, this is when the muscles become rigid.

Why are We in the Dark:

The real truth is that medicinal cannabis/marijuana had been a very large part of medicine. 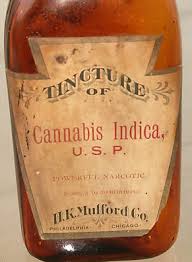 According to Chinese legend, Emperor Shen Neng was one of the first major leaders in the ancient world to officially prescribe marijuana around 2737 B.C. He used a tea to treat various illnesses — including gout, rheumatism, malaria, and poor memory. In addition, the 1868 U.S. Dispensary listed pages of medical uses for tincture of cannabis. “The extract purportedly improved appetite, sexual interest, mental disorders, gout, cholera,  hydrophobia, and insomnia (Wood & Bache 1868). Quoted from Highlights in the History of Cannabis.

The Pure Food and Drug Act, was reported, the first federal law passed to regulate medicinal cannabis/marijuana in 1906. Companies listed cannabis on its’ labels that produced the medicines, as required, so worried people could avoid it. More than 25 states passed laws to prohibit the plant between 1914 and 1925. Legislators passed laws with very little public outcry or debate. Most, if not all, of the anti-cannabis hysteria, did not come from evidence or even any events. Journalist fueled the hysteria. Most of all with their relentless story of fear on drug abuse and addiction. Then in 1937, the Marijuana Tax Act was passed putting yet another nail in the coffin for medicinal cannabis.

The US Congress Sets Precedence on Medicinal Cannabis

Congress passed the Controlled Substances Act in 1970. This law creates five schedules to classify substances. The law placed Medicinal Cannabis as a Schedule I drug. Together with heroin, LSD, peyote, ecstasy, acid, and a few others. see article These drugs are “classified as having a high potential for abuse, no currently accepted medical use in treatment in the United States, and a lack of accepted safety for use of the drug or other substance under medical supervision.”

Nonetheless, I will grant you that we do not know all that there is to know about medicinal cannabis and its medical value. However, what I have read and learned, I can only conclude that our government is treating us like sheep. Being that there is more and more information coming available on the positive benefits of medicinal cannabis and yet they expect us to ignore it. The government will make medical cannabis legal when can figure a way to get revenue from its sale, is my belief. Although I am sure that Big Pharma will continue to lobby against it.

What evidence is there on Medicinal Cannabis?

In fact, the discovery and isolation of THC in 1964 has a resulted in more research being done. Also, researchers are discovering more health benefits about medicinal cannabis.  Prof. Lumir Hanus (see video), along with colleges, discovered the endocannabinoid system in 1992.

Rick Simpson of Phoenix Tears has many testimonies of people that he has been able to help with medicinal cannabis oil. http://phoenixtears.ca/testimonials/

His video “Run from the Cure” is full of information. I know the video is nearly an hour long. However, Run from the Cure is very well done and you will find it an eye-opener.