Medical Marijuana Testimonials with Individuals and Their Experiences

This is where I will be posting medical marijuana testimonials from various sources. Please add your personal testimonial in the comment section to share with us all. Let’s share our experiences with one another. So that others might understand what medicinal cannabis can do for them.

Thanks to CANNABIS! I SURVIVED Terminal Stage 4 Lung Cancer

This testimony is from a woman in Australia. She had non-small cell lung cancer in stage IV. A scary situation to be sure but she did as she believed to be the best solution. I hope it inspires you as it has me. The medical scientists have known about the beneficial effects of cannabinoid compounds over cancerous cell since the 1970s’. Besides the scientific proofs, thousands of personal experiences witness of the healing powers of cannabis.

January 2014, Sharon was diagnosed with Stage IV non-small lung cancer. Sharon was told that there is a certain therapeutic drug called Tarceva that could extend her life, but no more than 9 months. Sharon eventually found out about cannabis oil and its powers. In February 2014, she started utilizing the oil alongside the Tarceva. Sharon was able to increase her intake by adding cannabis suppositories as well. This combination showed to be very powerful and promising. September 3rd, 2014, a scan showed Sharon was cancer free. 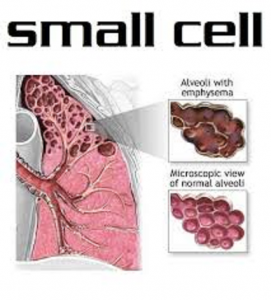 In February 2015, tests showed that cancer cells reemerged in Sharon’s lungs. However, these were a lot smaller than the previous ones. She decided to use only an aggressive treatment with the cannabis extract. Once again, she managed to beat cancer. Sharon’s experience has made her one of the most powerful activists in the Australian medicinal cannabis community. According to the health researchers for the US government, cannabinoids can inhibit cancer. Cannabinoids are the active ingredients in cannabis. They cause cell death and by blocking key blood vessels needed by tumors to grow. Researchers claim that studies with rodents show cannabinoids may be able to kill cancer cells, while still protecting normal cells.

Even the National Cancer Institute (NCI), one of the federal government sponsored agencies, finally admitted that cannabis kills cancer. They found that “cannabinoids may inhibit tumor growth by causing cell death, blocking cell growth, and blocking the development of blood vessels needed by tumors to grow. Laboratory and animal studies have shown that cannabinoids may be able to kill cancer cells while protecting normal cells”.

This is a shared letter from another group but it is worthy of repeating!
On April 4th I was contacted by a distraught man who’s wife had just been diagnosed with Stage 3, NonSmall Cell Lung Cancer. Surgery was not an option. Got them pointed in the right direction and started on the oil. This is the update I received this morning.

Corrie human Angel. This old codger can’t stop crying. I am not writing to inform you of Joan’s passing, but instead to tell you she’s fit as a fiddle! As you will recall we spoke in April when the wife received her diagnosis of Stage 3 nonsmall cell lung cancer inoperable. Yes, this old guy was crying then too. With your help we got her started on the marijuana oil. I remember our 4th call or so to you and you calming us down and when you told us don’t worry you have every hope of beating this, it’s going to be ok. That meant so much. I think I had stopped breathing when the wife was diagnosed and only on that call did I finally feel I could relax enough to breathe.

Now it is Joan that is doing the breathing. She conquered that damn cancer, Corrie! This Friday past we received her exam results and there are no tumors and no scarring. Her doctor was gobsmacked and said there is nothing to see! The damn disease has vanished! I do not know how we can ever thank you enough but we will never ever forget the kindness of a complete stranger! Does she need to continue to take the medicine? We’re off to the pub for a celebration and a wee drink. Wendell.

“Our Angel,
Joan and I are just in from a night of celebration with friends and family. Earlier today she had an appointment for results of her tests. Can you guess the news? STILL NO SIGN OF CANCER. Corrie, We know beyond any doubt had we not been lucky enough to stumble on you, I would be spending this Christmas alone in mourning. Instead, we have our tree with an angel on top that we have named Corrie. Thank you again from the bottom of our hearts for your gift of life to my precious Joan
.Joan and Wendell ******.”

Explains why he changed his mind about cannabis. Even more, how his 2 little girls benefit from medicinal cannabis. The lives of these girls are their testaments.

This is one woman’s account of how she feels the use of cannabis has saved her life on an uncurable disease. This is an excerpt from a documentary on AWE called “Marijuana, Miracle Cure”. I do not take credit for the video. The copyright belongs to Herring Networks. I am not affiliated with the company.

We are looking for your testimonials. In other words, don’t be shy, tell us what this plant has helped you with.