A pharmaceutical company fights marijuana legalization due to concerns that legal weed would affect their product sales. Insys Therapeutics donated $500,000 to Arizonans For Responsible Drug Policy. ARDP is an organization to fight legalized cannabis. 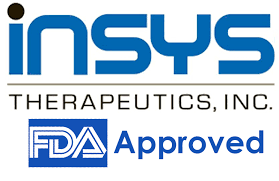 Insys executives claimed that the donation was made out of concern for child safety. However, a statement from Insys to the SEC claims otherwise. According to The Intercept, the filing reads in part:

“Legalization of marijuana or any non-synthetic cannabinoids in the USA could significantly limit the commercial success of any dronabinol product candidate. ***If marijuana or any non-synthetic cannabinoids were legalized in the US, the market for dronabinol product sales would likely be significantly reduced. Our ability to generate revenue and our business prospects would be materially adversely affected.”

Insys Therapeutics said it opposes Prop 205 on the Arizona ballot. The reason is because it fails to protect the safety of Arizona citizens and particularly it’s children.

“***We believe that all available medicines should meet the clinical standards set by the FDA. Insys firmly believes in the potential clinical benefits of cannabinoids. Likewise, as many others in the health care community, we hope that patients will have the opportunity to benefit from these potential products. Once clinical trials can demonstrate their safe and effective use.”

The Arizona Republic posted an article on Sept 8, 2016.  J.P. Holyoak is the chairperson of the campaign, Regulate Marijuana Like Alcohol. Holyoak stated, here you have a pharmaceutical company fights marijuana legalization, using profits from sales of what is called, the most potent and dangerous opioid on the market. Consequently preventing adults from using a far less harmful substance is motivated by pure selfish interest.

I think that is easy to conclude that Insys, a Chandler pharmaceutical company, would stand to lose a lot of money with the legalization of cannabis. We must not let any large business dictate laws to our government. I can not trust anything that the FDA has approved. Furthermore, look at all of the drugs that are FDA approved and have major side effects. Drugs that can cause serious problems, illnesses, and even death. Viagra now is being sued for causing skin cancer.

“Let go, let God,” is a favorite saying among Christians. God created plants, animals, and humans. Our bodies are not created to utilize chemicals. However, we do very well with natural occurring substances. To sum up, we have no need for synthetic milk, eggs, or herbs.

Let you local legislators know how you stand.

Let your Federal legislators know how you stand.

Please put your comments below to let us know how you feel.