The Beginning of my medical cannabis journey

My medical cannabis journey started some time ago. I have been reading and learning about the medical benefits of cannabis for over 2 years. Taking the herb by inhaling occasionally at night to help me get to sleep. It helped with my restless legs and eased the muscles. The problem was that marijuana was still not legal in our state as yet. So I would alternate with an Opioid prescription. At the end of March 2016, I was hospitalized with Hypoxia, a condition where the oxygen in the blood is very low. I was told that the CO2 level in my blood was 135. I was also told that level would be fatal in most cases but my body’s ph was high enough to counter the CO2 poison.
The Dr. in charge made the recommendation that I stop the Opioid and only use the cannabis since there are no known ill effects. Since then, our state legalized for medicinal use but with many restrictions. I ordered and grew my own weed with the plan to make my own oil. I had a moderate amount of success and got enough bud material to produce a fair amount of oil.

What are my symptoms

The doctors have all kinds of words to describe various issues. Mine are much simpler. I want to list all my symptoms and keep track of any changes. As of January 2017, I have been dealing with severe muscle spasms and muscle rigidity. This has become so bad that I could not walk even with a walker. I also have a bladder incontinence problem with the need for reading glasses and more than 100 pounds overweight. With constipation, restless legs (evening time), night time hypoxia (shallow breathing), tinnitus. I am taking Rick Simpson’s challenge and that is to find something the oil won’t help. 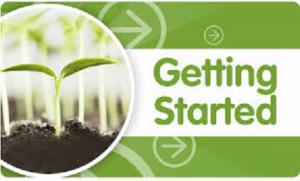 I finally made my oil and got started with the very small dose on January 20th, 2017. Just a quick note, start off with small doses. I made the arrogant decision to think that I could handle a larger dose. This oil is very potent and will make you feel euphoric. I licked the spatula and about 2 hours later was well aware of my mistake. The great thing was that I had no toxic effects and a couple hours later, I was fine.
I can tell you that after only 2 weeks of using my cannabis oil, made according to Rick Simpson, I no longer need a prescription for muscle spasms and no longer need oxygen during the day. I had to use a Bi-pap at night with oxygen and now I only need the oxygen at night. My weight loss is going well also.

Time for an Update

This is now May of 2017. I have moved from the place that I lived off and on for the majority of my life. My wife and I decided to move to sunny Florida for the year round warmth and to be with our son and his family. I won’t get into details, but stress levels and emotions were very high and chaotic for awhile. See, I lost both parents within 4 weeks of each other. I will miss them greatly but my biggest sorrow was that my father could not get over the negative stigma and propaganda about cannabis to give it a try.
We the people are taught that Doctors know best. I have found that they, in fact, have a lot of training but rarely think outside the box. My father had prostate cancer that was treated with them common chemo and radiation. Cancer disappeared but the radiation caused bleeding in his intestinal tract. The doctors cauterized the bleeders with, you guessed it, more radiation. He ended 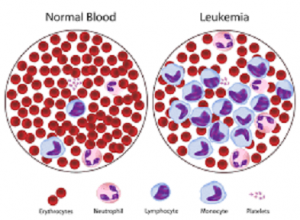 up with another disease that I can not remember or spell. All that I knew was that the doctors told him that it was similar to leukemia. His bone marrow was no longer able to produce red blood cells. They told him that there was no cure and that he could receive transfusions as long as they were helpful. Needless to say, the transfusions stopped being helpful. I tried to get him to try the cannabis oil, but he was that there was no information to think that it would be beneficial. My thought was that if it, his disease, was similar to leukemia just not cancerous, how could it not be a possible benefit. My dad was unwilling to give it a try and now he is gone.

Back to my medical cannabis journey

I gradually increased the dosage of cannabis oil to nearly a gram per day taken at bedtime. My supply of oil has been used up, so until I can get enough bud material to make more I am left with inhaling at night and using CBD oil during the day. I am happy to say that the Stanley brother in Colorado have a very fine product at https://www.cwhemp.com/ and they are some of the front runners in the cannabis industry. I do not use pharmaceuticals for muscle spasms or restless legs. Little else has changed but I have barely begun. Please stay tuned to this website and check back for more updates on my medical cannabis journey.