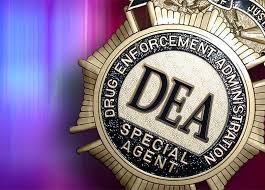 would remain classified as a schedule I drug. We heard rumors that the DEA was going to reschedule cannabis in August 2016 or even as early as July 2016. This ruling keeps cannabis in a group of illicit drugs with absolutely NO medical value. I would like to point out that cannabis is, by definition, a herb and not a drug. The more this writer researches the information, the more infuriated I become. Also, the DEA has marijuana listed as a hallucinogen.

The statement on August 11 brought forth 3 issues from the DEA. 1) The DEA and Dept. of Health and Human Services feel that marijuana has a high risk for abuse. 2) Since the chemistry of cannabis isn’t known and reproducible there is no way to back up cannabis supporters’ claims that it can treat any ailment. 3) The Drug Enforcement Administration, again, feel that marijuana lack a sufficient safety protocol.

I don’t mean to pick on alcohol, or fast food, or your favorite snack food, but don’t these have a high risk for abuse. I am sure that you have known someone to abuse alcohol to where they stand or walk, some have even died. The obesity crisis in America is largely credited to snack foods and fast foods. I have never met, known, or read about anyone who smoked so much (clean) weed that they could not stand or walk. Furthermore there as never been anyone to smoke themselves to death with unmolested marijuana. I know that cannabis use tends to give some people the munchies, that is because marijuana increases the metabolism. Some people that use pot may be overweight, but no one has gotten obese from using it.

Medical Benefits Can Not Be Verified

The DEA stated that since the chemistry of cannabis can not be replicated, then those claims of medical benefits can not be verified. Personally, I think that this previous statement tells the truth. Big Pharma has lobbied our government and influence the laws by which you and I must abide. According to U.S. News and World Report, in 2014 the 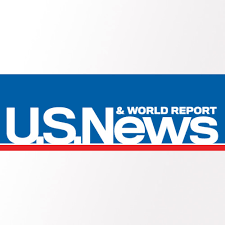 drug companies raked in $100B dollars. How many people still died, I wonder? The latest report that I was able to find was from 2012. Cancer.org reported that 8.2 million people died from cancer in 2012 and yet few people are speaking out to change the laws so that our family, friends, or countrymen might live.

The National Institute on Drug Abuse states, “Hallucinogens are a class of drugs that cause hallucinations—profound distortions in a person’s perceptions of reality. Hallucinogens can be found in some plants and mushrooms (or their extracts) or can be man-made, and they are commonly divided into two broad categories: classic hallucinogens (such as LSD) and dissociative drugs (such as PCP). When under the influence of either type of drug, people often report rapid, intense emotional swings and seeing images, hearing sounds, and feeling sensations that seem real but are not.” Really, I personally would love to interview anyone that would claim to have had this experience while under the influence of marijuana not mixed or laced with anything.

We Must All Speak Out

In summary, the DEA refuses cannabis rescheduled, denies cannabis as having any medical benefits. I don’t like being redundant but, really? Simply because the countless amounts of video and written testimonies were not verified according to the FDA procedure. Since when did we Americans need bureaucrats to verify what your neighbor has told you. It is not in our Constitution. It is not morally right to suppress a herb that could change the quality of life for the better. We must all speak out as one people.