Willie Nelson and medicinal cannabis seem to be a joke to many. Those are the ones who really do not take the time to review what they are laughing about. Willie Nelson was born in April of 1933. During an interview as reported in The Cannabist, Willie Nelson tells that he started smoking cannabis when he was 19 or 20. The man is nearly 84 now and still has an engagement schedule.

Willie joined the Air Force out of High School. The Air Force released him early due to back issues. According to Wikipedia 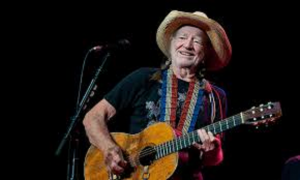 , after the military, Willie Nelson went to college. It was there that he decided that music was going to be his niche in life. The medicinal values in the cannabis relieved a lot of discomfort and spasms from his back problem. I know from personal experience that cannabis will indeed help to control or even eliminate muscle spasms and pain. More important than masking the pain, the cannabinoids will also go to work and repair damaged tissue. That is far more than any pain killer that the pharmaceuticals offer can say.
When Willie Nelson is seen “getting high”, he tells them that it is medicine and proven to be medicine, end of story. We post many articles that prove the many claims of medicinal cannabis and Willie just helps to solidify them. Too many people suffer from ailments that vary from annoying to fatal. Most of them could get relief by using this incredible herb. Our governments want to hinder our ability to get and use cannabis.
I would encourage you to stay in touch with your leaders on local, state and federal levels. They need to know that you demand the ability to choose what medicines are right for you. If you would like a safer non-toxic solution to any ailment, talk to your doctor and your elected officials. The list of conditions and diseases that cannabis will help cure 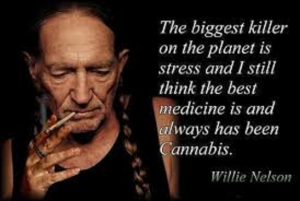 is growing every day. Be like Willie Nelson at 84 singing and dancing to your good life!